Showing posts from April, 2013
Show all

Why New Classical Music is Important 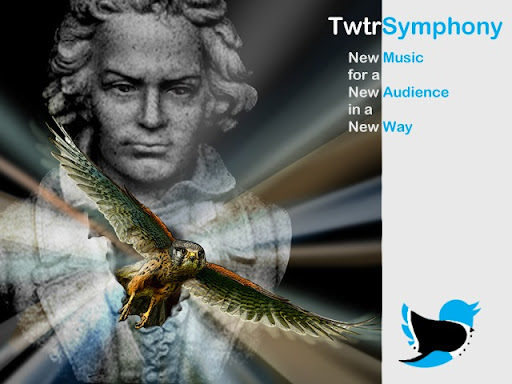 And why we need to change the preception of new classical music A hundred years ago classical music was going through growing pains. It had been in a 'Romantic' style of music since Beethoven premiered his 3rd symphony in 1805. Composers of the early 20th century were looking for something new, to make a change from the previous hundred years. Society was also going through changes from the industrial age to the age of steel. New inventions for the home and for the battle field were flooding Patent Offices - a new world was dawning. Some of these changes lead to two world wars and the invention of nuclear weapons which many still consider the ultimate deterrent. Now, in the 21st century, we are discovering a new kind of warfare - terrorism. While the 20th century saw drastic changes in the way we wage war, it also brought changes to the music industry. Early on the invention of the phonograph brought music into the homes of people who couldn't play an instrument - music b
6 comments
Read more

Congrats to Marin Alsop, who not only continues to thrill audiences around the world, but is paving the way for other women conductors

By Chip Michael - April 18, 2013
It shouldn't matter the sex of the person on the podium, but it's nice to see some 'traditions' are being broken. I remember seeing Marin Alsop conduct the Colorado Symphony way back when she was still the Music Director. I remember the headlines when she moves from Colorado to Baltimore to become the first female conductor of a major US orchestra. I started following her career watching what she did with the Cabrillo New Music Festival in California, and reading about her exploits in Europe and Asia. She was quickly becoming the woman to watch on the podium. Several years later I was treated to a brief conversation with her about new music and her advocacy for composers and the performance of new music. As a composer, her support was trilling. She continues to thrill audiences around the world proving it isn't the sex of the person on the podium, but their passion for the music that makes the difference. Over the past 15 years, I have been blessed to see many of
Post a Comment
Read more

Evening the Odds for Men & Women in the Music Industry

By Chip Michael - April 12, 2013
My response to the NewMusicBox blogpost: Why Women Aren’t Equals In New Music Leadership and Innovation Women are not treated on equal footing in either the corporate or music world and much of this is outlined in the article above. Social stigmas go a long way to treating women unfavorably for exhibiting the same behavior as men - while men get favorable treatment for the same behavior (see #1 from the Sandberg research). Many of the other elements discussed in the research can be put up to cultural stereo types and environmental learning we foist on our young men and women as they grow up, putting women at a further disadvantage. One key to getting out of this hole we have dug for ourselves, at least in the music industry, is finding a way to give musicians a chance at success without regard to anything but their performance. TwtrSymphony holds auditions for musicians. There is no discussion as to sex, race, religion or other aspects of the musician. All we require are two things:
Post a Comment
Read more

The Music Industry is Moving in a New Direction. How will Classical Music Follow Suit?

The power of social media is driving music in a new direction - people are choosing what they want, rather than being dictated to by major media Times are changing and with it the way new music finds an audience. Change in inevitable. The real question: who will follow the trend and catch the wave of this new way of thinking? Over 1800 years ago a man wrote down his thoughts about his relationship with God. St Augustine is considered the first person to write about having a personal relationship with God. His writings eventually became the seeds for the reformation (almost a thousand years later). There were lots of reasons for the strife surrounding the Reformation, but a key element was the quest for people to have a direct communion with God, rather than have to seek it through an intermediary (or priest). People began seeing their relationship with God as personal, something they could determine what works for them as an individual. The printing press also had a great deal to d
Post a Comment
Read more

By Chip Michael - April 01, 2013
Composer Don Davis to conduct performances April 5-6 The St. Louis Symphony will once again return Powell Hall to its movie hall roots on Friday, April 5 and Saturday, April 6, when it performs the live score to The Matrix, while the unforgettable futuristic film plays on a big screen above the stage. Bother performances start at 7pm. Don Davis, who composed the original score for the movie, will conduct both St. Louis Symphony performances, which promise to be fast-paced fusions between movie and music. Members of the St. Louis Symphony Chorus, directed by Amy Kaiser, will also perform on the program. Prior to each concert there will be a costume contest, so don’t forget to bring your shades and futuristic gear. Tickets are still available and may be purchased on-line at stlsymphony.org or by calling 314-534-1700.
Post a Comment
Read more
More posts