Showing posts from 2015
Show all
By Chip Michael - June 19, 2015
Dear Mr Graham, You say, “Our prayers are with the families of the victims and the people of Charleston. We are all heartbroken by this tragedy,” but I don’t believe you. You made a joke about shooting Bernie Saunders with an interview on MSNBC. You thought imagining the skeet was Bernie Saunders was a good idea, a funny joke - but in truth your joke just allows people like Dylann Storm Roof to justify their actions. You say the Confederate Flag is part of who we are - and it is part of what made Dylann feel his actions were acceptable. YOU need to start forcing a change in South Carolina--and yourself. You need to ask yourself just how much your own actions contributed. You're a public figure and so people like Dylann listen to you, respect you and take what you say to heart. YOU may have been joking about shooting Bernie, but what if one (just ONE) of your listeners felt you meant it? YOU feel proud to wave the Confederate Flag, but what if just ONE of those sensing yo
Post a Comment
Read more 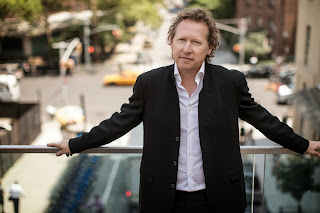 Greg Carpenter’s contract renewed as General Director DENVER, CO (May 20, 2015) Opera Colorado today announced the appointment of Ari Pelto as the first Music Director in its history and the extension of Greg Carpenter’s role as General Director through 2018. Pelto fills an important new role at the Company—partnering with Carpenter to further Opera Colorado’s mission, increase and diversify its programming and repertory, build the national scope of its Young Artists program, and further extend the Company’s reach through engagements in venues outside of the traditional opera house. Pelto will serve as Music Director designee beginning July 1, 2015 and take the helm as Music Director beginning July 1, 2016. “This is an exciting moment in the history of Opera Colorado,” said Greg Carpenter. “Our hard work over the past few years has provided us with the platform we need to take risks and find ways to reach a variety of audiences. As we look to the future, we need an artistic leader
Post a Comment
Read more 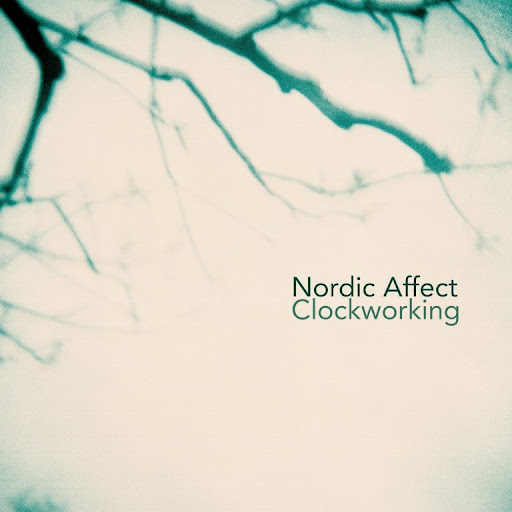 The Boston Pops Kicked Off ITS 2015 Season Wednesday, May 6, with a celebration of Conductor Keith Lockhart’s 20th Anniversary with The Pops 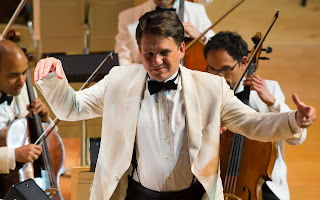 Keith Lockhart led opening night program featuring Broadway sensation Bernadette Peters, music by Boston Pops Laureate Conductor John Williams, and a new orchestral arrangement of  Meghan Trainor’s “All About That Bass” Celebrating Keith Lockhart’s 20th anniversary as Boston Pops Conductor, the orchestra's 2015 Spring Season opened on Wednesday, May 6 at 8 p.m. with Tony Award-winning actress Bernadette Peters as the special Opening Night guest. Maestro Lockhart was fetted in grand fashion at the end of the evening with a five-foot tall cake presented on stage at Symphony Hall. Keith Lockhart opened the first concert of the 2015 Boston Pops season with John Williams’ celebratory “Sound the Bells!,” a musical tribute to Frank Sinatra, on the occasion of the 100th anniversary of the singer’s birth, and the premiere of a new orchestra arrangement of Meghan Trainor’s hit pop song “All About that Bass,” written exclusively for the Boston Pops. The Broadway megahit “Everything’
Post a Comment
Read more

Calling All Horn Players – Across The Distance

By Chip Michael - March 21, 2015
Horn players required for world premiere of a new work from Pulitzer Prize/Grammy Award-Winning ‘eco-composer’ John Luther Adams At East Neuk Festival on 5 July 2015 The East Neuk Festival (ENF) is sounding the bugle far and wide for a herd (?) of horn players looking for outdoor musical adventures and challenges in rural Fife this summer. Following its hugely successful 2013 UK premiere of John Luther Adams’ Inuksuit for 30 percussionists, ENF has commissioned Across the Distance for massed horns for the finale of this year’s Festival. Led by SCO’s highly acclaimed young principal horn, Alec Frank-Gemill, and seven other top professional horn players from around the UK, the performance line-up is 32. Across The Distance will be performed for a promenade audience in and around the parkland and gardens of the glorious Cambo House and estate situated just south of St Andrews in the East Neuk of Fife. ENF director Svend Brown enthuses about the prospect of this unique p
Post a Comment
Read more
More posts